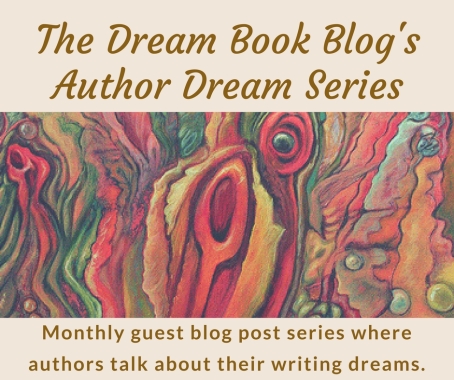 For the month of October we have author Amanda J. Evans with us for the Author Dream Series. Welcome, Amanda!

I’ve always loved writing. I can’t remember a time when I didn’t write, it’s a part of who I am and how I cope with things life throws at me. I find it easier to write how I feel than to express it out loud.

My passion began at a very young age and I wrote my first book at the age of 9. It was called “The Little Elf Fairy”, and it was all about a little Elf named Perry who was going on a journey to find his mother. At such a young age, I really don’t know where the idea came from, but I do remember the joy in creating the story and drawing all the pictures. My parents even had it typed up for me and I sent it to Penguin, earning me my first rejection letter. I wrote all the time, new episodes for my favorite TV programs as well as little stories to share with friends. I don’t really know why or when I stopped. I think it was when I was around ten and we had an assignment in school to write a spooky story. I remember writing fifteen pages and being so excited. My excitement was short lived however when my teacher embarrassed me in front of the whole class commenting on the length of my story and the fact that he didn’t have time to read it. I stopped writing after that.

At the age of thirteen, I lost my father to suicide and that started a whole new writing chapter in my life. It began with simple poetry to let my emotions and feelings out and culminated in 2008 with the release of Surviving Suicide: A Memoir From Those Death Left Behind.

Throughout my teen years and right through my twenties I wrote small stories, snippets, and such. I still hadn’t the courage to write something long. I didn’t pursue my dream of being a writer and to be honest I really don’t know why. I was trapped in a world of grief and somehow having dreams didn’t seem to matter anymore. Life was a chore and I struggled to get through it. Whenever I wrote it brought a sense of joy and belonging but I never gave into it. I wrote when I couldn’t not write and then continued on.

I always had a niggling in the back of my mind to create my own stories, to write books that readers would love. My confidence, however, wasn’t there. In March 2016, I joined a local writers group and my journey began.

Writing my first full-length novella, Finding Forever, was my first step into the fiction publishing world and while I was nervous, I was also very excited. This had been my dream for so long and to finally have the courage to pen stories and publish them was amazing.

Finding Forever began as a prompt at writers’ group. Our prompt was “pirates” and I wrote the first 1,000 words ending where Liz finds herself on the pirate ship. It sat idle on my laptop months before I picked it up again. I was doing a page a day challenge for the month of July 2016, and decided I would work on finishing some of the pieces in my “to be completed” file on my computer. Little did I know when I picked up my pen to work on this that it would turn into a novella. The twists and turns that Finding Forever takes were a total surprise to me. I hadn’t planned the story. I never dreamed it would be any more than a short story. The moment when I wrote about cameras, I knew something wonderful was about to happen. When I write, I allow the characters to tell me their story. I don’t plan things out. I just let the story tell itself. I was so pleased with the initial beta reader response to this story and that encouraged me to publish. In July 2017, I discovered that Finding Forever had made the list of 98 Best Books of 2017 according to Goodreads users and in September 2017 it won Best Thriller in the Summer Indie Book Awards.

My second novel, Save Her Soul, began in the same way. I had finished writing Finding Forever and just picked up my pen and started writing something new. This is a paranormal romance. I really enjoyed getting to know my characters. My main character, Kate, is stubborn and very feisty and readers seem to love her as much as I do. This book was released on the 1st of August and in September 2017 won the Silver Award for Best Paranormal in the 2017 Virtual Fantasy Con Awards.

I am always so grateful for this gift that I have been given and the way my stories evolve. I feel such joy when I pick up my pen to write and can’t imagine a life without words in it. Stories take readers into a world where anything is possible and my goal is to create the stories that my heart wants to sing about. I love writing about good versus evil and truly believe that with love anything is possible. 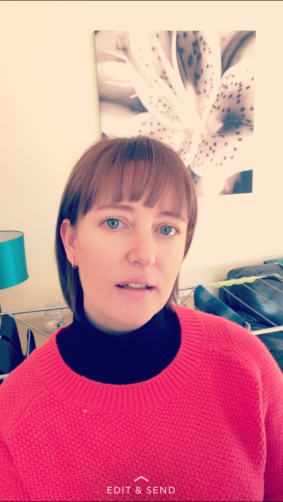 Amanda J Evans is an award winning writer of paranormal and fantasy novels as well as children’s stories. Amanda lives in Oldcastle, Co. Meath, Ireland with her husband and two children. She was published in several journals and anthologies in 2016 and 2017. Her first novel Finding Forever won Best Thriller in the 2017 Summer Indie Book Awards and her second novel Save Her Soul won Silver for Best Paranormal in the Virtual Fantasy Con Awards 2017. Amanda has a publishing deal with Handersen Publishing and her first children’s book, “Nightmare Realities” was released on the 25th of September 2017. Amanda is currently working on a fantasy romance telling of an old Irish myth as well as two further books in her Finding Series. Book 1 Finding Forever, book 2 Finding Freedom, and book 3 Finding Forgiveness. Amanda is the author of Surviving Suicide: A Memoir from Those Death Left Behind, published in 2012. You can find out more on her website. 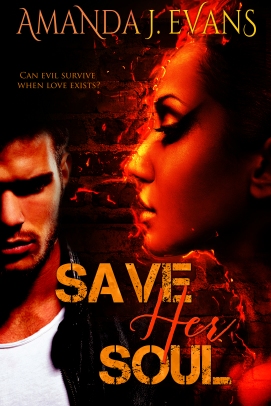